We ended the month of August with the celebration of Malaysia Day. As per a new tradition that we started on Singapore’s National Day on August 9 and Indonesia’s Hari Kemerdekaan on August 17, we are taking a look at tech startups in Malaysia that have made notable achievements in 2021.

As we have known, this is no ordinary year as the Southeast Asian region continues to battle the pandemic. However, startups in the region continue to make notable achievements. From being acquired by global companies to securing unicorn status, these startups have shown resilience in these challenging times.

We chose these startups based on the news coverage that we did of the country in 2021 and presented it to you based on chronological order, starting from the most recent updates.

For your reading convenience, here is the list of the 25 most notable startups in Malaysia this year:

In a press statement, Ethis Global said that the funds will be used to scale up operations in existing markets, acquire licenses and set up operations in new jurisdictions, and develop new technology.

Omnilytics has agreed to acquire Malaysian data labelling platform Supahands for US$20 million. This deal is part of the Singaporean firm’s ongoing strategic acquisition drive to expand its product offerings and enhance its retail tech stack capabilities.

Under this agreement, Supahands CEO will join Omnilytics’s board as chief strategy officer to accelerate the startups’ growth plan for 2022.

This move was made more than a month after it acquired the Thailand operations of Indonesian unicorn Gojek.

The startup raised the money for its smart lock product LockIn, and it came from 275 investors.

E-commerce logistics company Epost raised US$1.4 million from Warisan Quantum Management, a Malaysia-based private equity management firm, in late July. The company plans to utilise the newly raised capital to enhance its product and expand the platform across Southeast Asia.

This round is an extension of a US$5.5-million Series B funding co-led by Gobi Partners and logistics company EasyParcel that the startup has announced earlier this year.

The company will utilise the capital for team expansion, founder and CEO Mohd Wassem told e27. Over the past three months, the team has grown from 10 to 40 people.

MoneyMatch, a cross-border payment company headquartered in Kuala Lumpur, announced the closing of its Series A fundraising round totalling MYR18.5 million (US$4.4 million).

Raised over two tranches, the initial tranche was led by Cradle Seed Ventures in 2019 while the second one by KAF Investment Bank early this year. This also includes a venture debt facility secured from Malaysia Debt Ventures through its Technology Startups Funding Relief Facility.

MoneyMatch said in a statement that it will use the proceedings to expand its presence to Singapore and Hong Kong by the year-end. It will also allocate additional resources to Malaysia’s northern and southern regions as it looks to ramp up its presence both nationally and internationally.

This acquisition marks iMedia’s entry into the commerce business and is in line with its mission of becoming an integrated digital media group.

According to a press statement, iMedia will be responsible for the acceleration of Favful’s revenue for its influencer advertising unit as well as branded content. It is also tasked to generate lifestyle content and engagement around its website and social media platforms.

pitchIN is currently in the final stages of raising an additional MYR5 million (US$1.2 million) from institutional investors.

The funds will be utilised to accelerate the growth of more brands and further its expansion globally. A part of the money also will go into regional expansion, talent acquisition, brand building, and R&D.

Carsome Group acquired 19.9 per cent of ASX (Australian Stock Exchange)-listed iCar Asia from Catcha Group. The total transaction is estimated to be worth more than US$200 million and has turned Carsome into a unicorn.

Naluri will use the funds to expand operations in Singapore and Indonesia, as well as launch its service in Thailand and the Philippines.

Secai Marche, an online marketplace that connects farmers with restaurants in Japan and Malaysia, bagged JPY150 million (~US$1.5 million) in a pre-Series A funding round from Japanese VC firms Rakuten Ventures and Beyond Next Ventures.

It will use the fresh capital to expand fulfilment services. A portion of the money will also go into hiring and sales and marketing.

Online shopping aggregator iPrice Group announced a US$1.5 million financing from South Korean foodtech company Woowa Brothers. This came off the company’s Series B funding led by ACA Investments in March 2020, which was later joined by JG Digital Equity Ventures in September.

The fresh capital will go into enhancing iPrice product and accelerating the rollout of partnerships.

Digital marketing solutions company Axiata Digital Advertising (ADA) secured US$60 million in funding from SoftBank Group. The Japanese telecom group will own 23.07 per cent shareholding of the company at an enterprise valuation of US$260 million.

ADA aims to continue the development of its AI models, with a primary focus on precision targeting for the marketing industry.

Drone services company Aerodyne Group announced a strategic investment from a consortium of Japanese investors, comprising Real Tech Fund, Kobashi Holdings and ACSL. Other details of the transaction were not disclosed.

The partnership is set to propel Aerodyne’s latest engine of growth in the agriculture space, called Agrimor, in the ASEAN region. The consortium will also help Aerodyne grow its core business in Japan.

According to Lapasar founder and CEO Thinesh Kumar, “The funding will be used to accelerate growth for our wholesale business. We are targeting to serve 10,000 grocery stores, restaurants and hawker stalls over the next 24 months with extensive distribution capabilities by rolling out our mobile app Lapasar-Borong.”

The company will use the financing to enhance its technology and expand its presence into markets such as West Malaysia, Indonesia and Australia.

Fintech companies MyMy and Sukaniaga joined forces to form a Shariah-compliant digital banking consortium and bid for one of five digital banking licenses to be issued by the central bank BNM in March.

This comes fresh off MyMy’s raising of US$2.4 million from Koperasi Tentera (KT) in September 2020, in what it claims to be the country’s largest seed round.

Open-source animation file format platform LottieFiles raised US$9 million in Series A financing. The funding round was led by M12, Microsoft’s Venture Fund, with participation from existing investor 500 Startups.

The new capital will be used to further its product roadmap, increase its user base and expand its infrastructure.

Multi-bank supply chain finance and peer-to-peer financing platform CapBay announced a US$20 million in Series A round. The funding round comes from KK Fund and several angel investors.

The company aims to use the funds to further strengthen its technological and funding capabilities. It will enable more efficient financing and market expansion in order to reach a wider range of investors and underserved small and medium-sized enterprises (SMEs), it claimed.

Islamic and conventional P2P microfinancing platform microLEAP announced a total of US$3.26 million (MYR13.25 million) in equity and other modes of financing from Malaysian investment holding company MAA Group.

microLEAP will use the funds for advertising, promotions, hiring staff and tech enhancements.

These investments will be used to develop the platform’s version 2.0 (expected to be rolled out in January 2021) as well as expand the team and begin operations in Singapore by Q1 2021.

Having an updated profile in the e27 Startup Database opens up opportunities for greater exposure among potential investors and collaborators. Create and update yours now.

PrevPreviousE-commerce: Warehouse management can make or break your business
Next5 Common Challenges of In-house Order FulfillmentNext 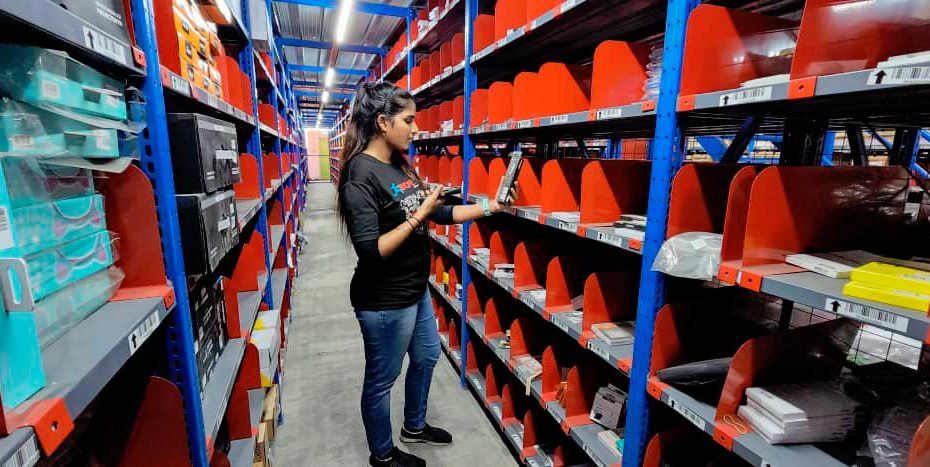 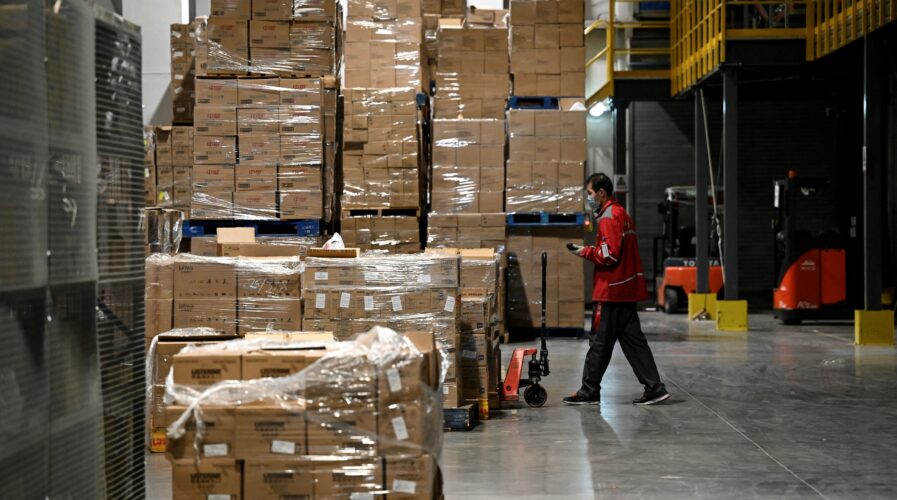 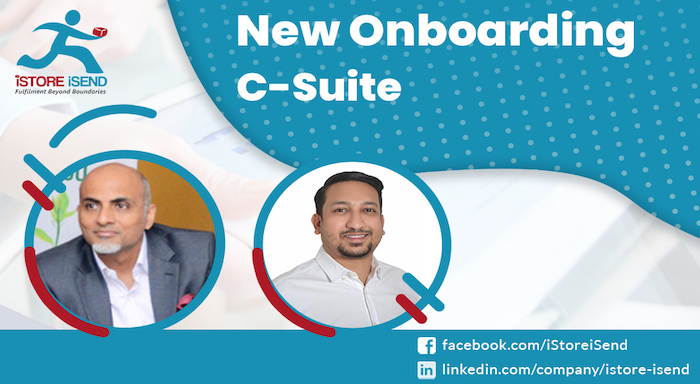 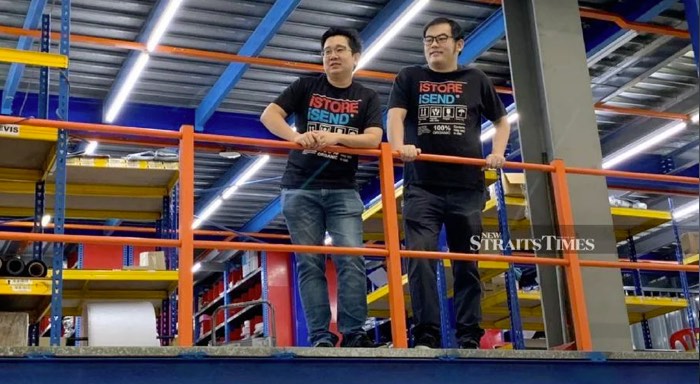